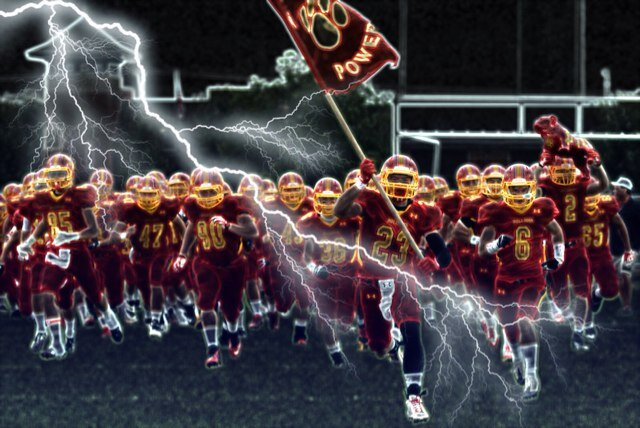 Sports have always been a big part of Batavia High School, but especially now more than ever because of the way “Thatguyphotos” captures the action. Samuel Thiem is an eighth-grader at Rotolo Middle School and has already made such a huge impact on both Batavia High School and Batavia in general. Taking photos and editing videos for not only football but boys’ and girls’ basketball and wrestling has become a passion of his.

“My dad always did this so I guess I wanted to be like him,” Thiem said when asked what got him into this line of work.

Even the name “Thatguyphotos” comes from his dad. Thiem has been into photography for six years now and would like to continue for as long as possible. For people who have never done it, the process of taking pictures of a game doesn’t seem too hard, until you have to sit down and do all of the work.

“First, you have to go to the event that’s happening and film the whole game, every angle you can get,” Thiem said. “Next, is editing which takes one hour to five hours and then you have a movie.”

Like most good photographers, his favorite part is being able to see the finished product.

“…It just feels rewarding to see a full three minutes of greatness after five plus hours of work,” Thiem said.

Not only does Thiem do photography for Batavia sports but he actually participates in them, too. He is a baseball player and plans to pursue that as a possible career. He says if that doesn’t work out then video production could work out also.

“I could do this all my life because it is just very, very fun,” Thiem said.

The videos of football games are what Batavia gets to watch and remember a game. we may not get to go back but we can relive it for those three minutes. The types of editing that Thiem does is truly incredible to see and really enhances your view on Batavia sports.

Batavia athlete Canaan Coffey has been one of Thiem’s main focuses. Coffey plays both football and basketball so Thiem gets to capture both and it has made an impact on his life.

“I think it’s an awesome thing what these guys are doing,” Coffey said. “I mean, Sam is only in eighth grade, too. That’s insane! For him to be making videos like this, adding music and special effects is a special thing and it’s super cool.”