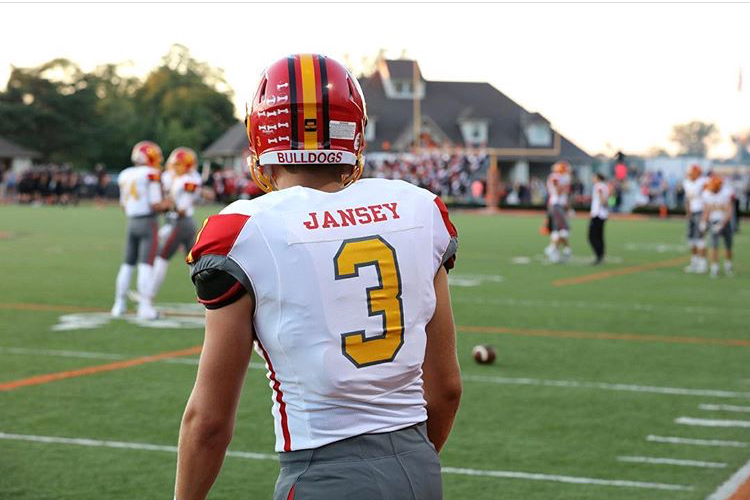 By Luke Zahner and Emma Kielion

Every year, 100 of the best high school football players in the nation are selected to go to the Under Armour All America Game. This year, one of Batavia’s own, Northwestern commit Michael Jansey was one of those select athletes. The town got behind his bid to secure him a victory in the fan vote, which is used to give out the final two roster spots in the game.

Head coach of the Batavia football team Dennis Piron said he is very proud of Jansey for getting this opportunity.

“This doesn’t just mean a lot to the football program, but a lot to all of Batavia’s athletics,” Piron said. “Having an athlete from our town go to the All America game, that means we are doing something right.”

Michael Jansey was directly messaged on Twitter by the All America game letting him know he was a candidate for the “Dream Fearlessly” fan vote. With the help of the school and the town voting for him on the dream fearlessly website, he secured a spot making a comeback against Wisconson commit running back Julius Davis. When asked what it means to him to be selected he answered,

“It means a lot because I get to represent Batavia,” Jansey said. “I get to show off my talent to the country.”

According to Michael, his success hasn’t come easy. He attributes his success to his coaches and his parents

“Coach Holm has developed me into the linebacker I am,” Jansey said. “Coach Piron and Coach C have always helped me with recruiting and were a huge part in my commitment to Northwestern. My parents put in a lot of time to take me on visits and have always been there supporting me throughout football and life.”

With elite athletes from around the country participating in the game, Jansey is looking forward to the opportunity to prove himself. The All American game has featured wide receiver Julio Jones, A.J. Geen, Amari Cooper, among other NFL stars including over 50 first round draft picks. The game will take place on Jan. 3 at Camping World Stadium in Orlando, Fla. Viewers will be able to tune in live on ESPN2 at 6:00 pm.