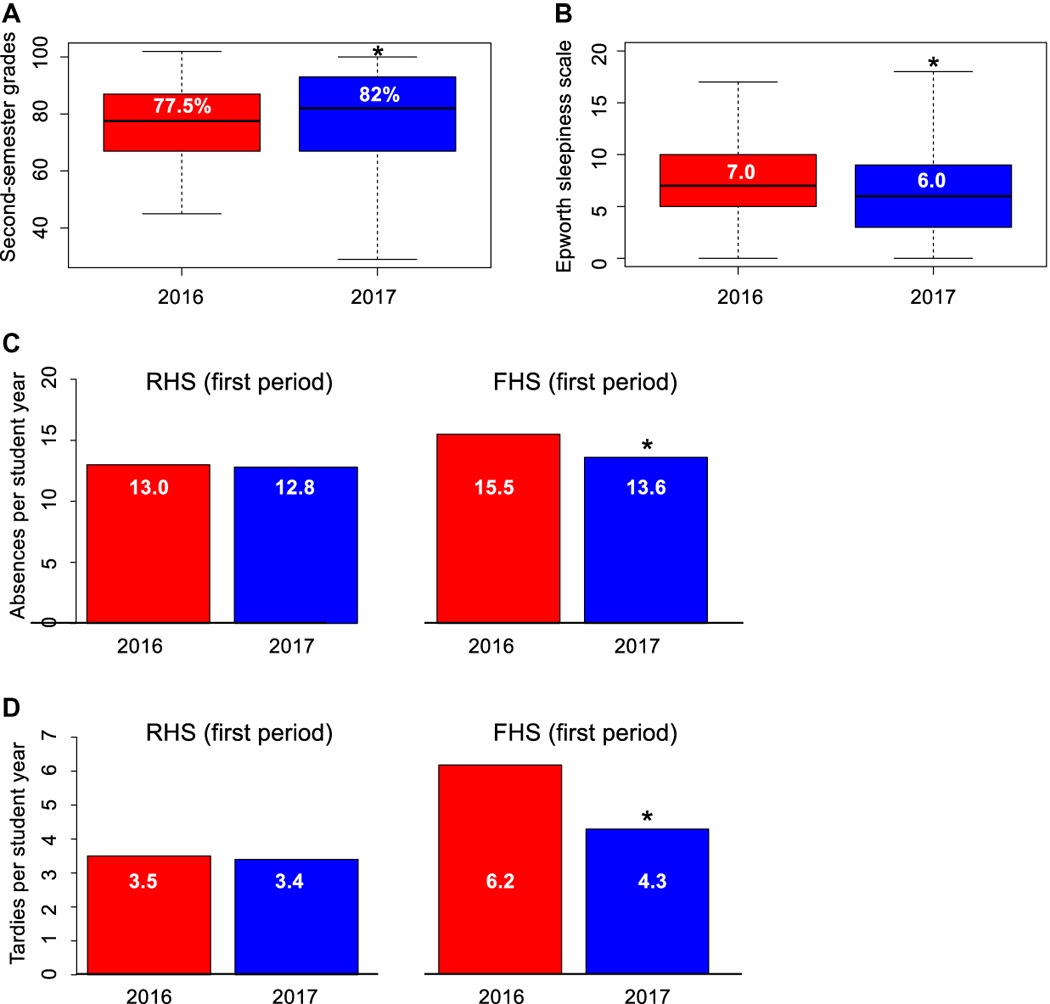 By Jayelin Haines and Irulan Riley

According to everettsd.org, lack of sleep can easily affect academic performance, but this is old news to most students.

Here at BHS, school starts at 7:35 every day except for Thursday when school starts at 8:25. That being said, we start fairly early, but how does that early starting time impact students? Would it be more beneficial for BHS to start later?

The topic of school start times has been debated for quite a long time. However, most research shows that it is beneficial to start school later.

Science Advances graphed the results (in the photo above).

The series of graphs above prove that later start times give students no excuse to be tardy, and not have their work done before class starts. It gives students more time for homework, jobs, school-run activities, and most importantly, sleep. This improves grades, attendance, and health. Additionally, it would benefit teachers because they would have to keep track of fewer students with late work.

Not only do later start times improve grades and attendance but they also lower the risk of vehicular accidents.

“When teens drive while they are drowsy, they have slowed reaction times and have a hard time paying attention to the road. Adolescents are especially at risk for driving drowsy because of early school start times,” said Leigh Ann Morgan of everettsd.org (A school district website). Getting more sleep due to later start times would solve this problem and make the roads a safer place for students and other commuters.

Despite the evidence, some individuals oppose later starting times. They argue that later start times eliminate time that could be spent on studying or homework. This is not a valid argument because students could easily work in the mornings before school if they had later start times. Yes, each student’s study habits are different but giving the extra time in the mornings may encourage students who are behind to become more productive. Some individuals also say that kids in sports may go to bed later due to practice being later. This is also not valid because they can sleep when they get home and do their homework in the mornings because of the late start time. The same thing can be said with tutoring opportunities, in which people who support early start times also argue.

“Compelling evidence now shows that starting middle and high school before the sun rises is out of sync with the biological clocks of young people (people ages 12-25, which includes young teachers),” said Startschoollater.net, a website dedicated to later start times for school.

Having school start later has many benefits for students at BHS. It gives students the time to get to school, do homework on time, come prepared for class, and to sleep. Above all else, the student’s safety and learning should come first at school. By having later start times, BHS would benefit their students’ experience in high school.